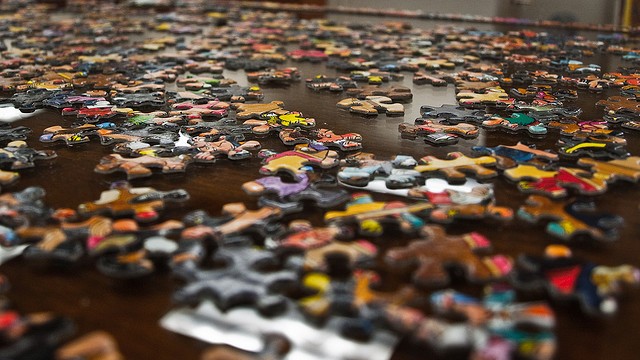 Creativity is a struggle. Building creative nonprofit organizations is even more of a struggle. We’ve all been victims of writer’s block, at a loss for a solution to a difficult problem, or stuck in what seemed like cerebral gridlock.

If you’re a nonprofit professional, you’ve probably grappled with uncovering a fundraising idea for your next event or campaign that cements you as one of many creative nonprofit organizations. When you work with others and refuse to succumb to frustration, you’d be surprised at what you might come up with.

Don’t go at it alone

As much as we’d like to believe it’s possible and true, ideas don’t come out of the blue. We have to gather raw materials for our mind to process before it can actually come up with a useful or relevant response to the question you pose.

Ask your team and colleagues, volunteers, constituents, family members, friends and even Twitter followers what they think would be a fun and interesting fundraising idea. Neurological paths open just from asking a question and engaging in a follow up conversation.

The more you think about coming up with something incredible, all by yourself, the more pressure you feel to get it right and the more difficult it might be to come up with a great idea. Talking with others encourages us to make connections between ideas we might not have made otherwise, an essential activity to being creative. “Brainstorming” didn’t get its name without reason.

Try doing something else for a minute

Have you ever been working on something so long that you feel like throwing up your arms and giving up on it? Sometimes we need to walk away from our goal so we can return to it with a more objective perspective.

If you’re feeling stuck on coming up with creative fundraising ideas for your nonprofit, don’t be afraid to take a breather. Forget deadlines for a minute. Keep your brain active by going for a walk or doing some Sudoku, but for a few moments, don’t worry about the immediate task at hand. If you’re stuck, you’re at the point in the creative process that requires your subconscious to process all the raw materials you’ve gathered until this point.

“Consequently the habit of mind which leads to a search for relationships between facts becomes of the highest importance in the production of ideas.

Now that you’ve engaged in some stimulating conversation and allowed your mind to work its mysterious, internal processing magic, it’s time to get back to work. The main tenet of coming up with great ideas – and this can improve with practice – is making connections. Seeing the relationships between different ideas and objects allows us to create new, interesting combinations of previously existing concepts. So, while the framework of the concept itself might not be new, eg a fundraising event, the way in which it is presented, eg your new fundraising idea, feels fresh.

Take this great example from Unicef. They’re trying to raise money to fund safe water projects worldwide. They’ve connected the dots between “tap” water and “tapping” our phone (or trying not to, in this case) to get the public to think about what is actually vital to a healthy, happy life. In drawing these relationships for people, they’ve created a relatively easy, painless way for supporters to raise money for their cause.

Although it might sometimes seem like it, ideas don’t appear out of thin air. Those we hail as the great innovators of our time have consistently and constantly practiced idea-making. So, if you’re stuck, it’s ok. Go back to step one, collect new raw materials, and keep rotating through this process and practice. A novel combination of thoughts will eventually reveal itself.

Bring your campaign idea to life