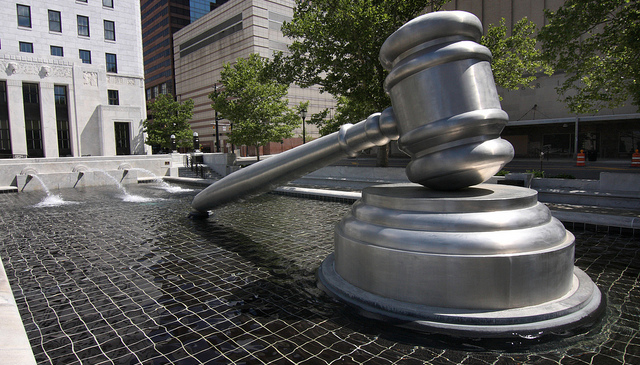 Peer-to-peer fundraising is all about empowering individual supporters to tap into their social networks so they can raise funds on your behalf. While a wide range of nonprofits have adopted this style of fundraising successfully, some are still hesitant to throw their hats in the ring. In this post, we’ll address the 5 objections to peer-to-peer fundraising that we hear most often. Keep an open mind. We truly believe that p2p can be a productive addition to almost any nonprofit’s fundraising arsenal.

OBJECTION #1: Peer-to-Peer Fundraising Only Works for Organizations with an Established Base of Supporters.

A common myth is that peer-to-peer fundraising, and online fundraising in general, is only for nonprofits with large numbers of preexisting contacts or social media followers. Of course, it always helps to have a built in audience, but this objection misses one of the key features of p2p fundraising. Peer-to-Peer isn’t just a great way to raise funds and awareness, it’s also a tremendously effective way to grow your audience in a relatively short amount of time. You really only need a small, core group of supporters to start making use of peer-to-peer as an acquisition tool.

The idea is simple: if you can get even 10 of your most loyal supporters to create fundraising pages, and they share those pages with their contacts, you will already be on your way to building new support. Our platform data shows that the average fundraising page brings in 7 donors. With 10 people fundraising, you’ll bring in 70 donors on average (not to mention all the people that you will reach who aren’t ready to give yet). We’ve even seen some power fundraisers bring in 65 or more donors through a single page! The point is that since you will be relying on your supporters to tap into their own networks of friends and family, you can reach a lot of people without having an enormous preexisting list of contacts.

OBJECTION #2: We Can’t Host a Fundraising Campaign Because We Don’t Have an Event Behind It.

Another common myth about launching a peer-to-peer fundraising campaign is that it has to be done in conjunction with an actual event (like a race, holiday, or an awareness month). What’s important to remember about P2P fundraising is that it can work anytime, for anything, and can actually serve as the perfect bridge between your seasonal fundraising events, producing a sustainable stream of revenue during your “off months.”

Let’s say your organization hosts 4 major events throughout the year. By giving your supporters the option to expand their reach beyond making a donation, writing a check, or attending one of these events you can turn your 4 month-fundraising season into a 12 month one. When you implement a year-round fundraising option on your website, you give supporters the option to fundraise on their own schedule for things like birthdays, anniversaries, or athletic milestones. By allowing your potential fundraisers to be creative, and fundraise on their own terms and on their own schedules, you help battle “donor fatigue” while producing revenue during your usual down times.

When deciding to launch a fundraising initiative, many organizations believe it’s more efficient to go straight to the source– donors. I mean why not, you can reach out to them directly, and with the correct messaging you can get them to commit to a gift, maybe even a monthly recurring one. While this approach can definitely be effective, it will often fail to bring in maximum returns, especially if your contact list doesn’t already number in the thousands.

This is where peer-to-peer fundraising can step in to help multiply your fundraising results. And the reason why is pretty simple. When you target donors, you can only work with the list you have and hope that some of these people will make a contribution. When you target fundraisers though, you will be able to tap into each fundraiser’s individual network of contacts. You will reach people you never would have reached. You will also increase conversions because you will be leveraging supporters to do the asking. Think about it. Would you be more likely to donate when an organization you’re vaguely familiar with asks you or when a trusted friend or family member is the one reaching out?

Remember, an individual can only GIVE so much due to income and other constraints, but if you give them tools to fundraise on your behalf, they can (and will) raise much more than they would be able to give by themselves. The best part of targeting fundraisers is that you’re able to bring in lots of new donors and build your list of contacts. Bottom line: while direct appeals certainly have a place in your fundraising strategy, the efficiency argument just doesn’t hold water. In many cases it’s more efficient to recruit fundraisers than hit up existing donors.

OBJECTION #4: Our Supporters Are Not Tech-Savvy Enough for Peer-to-Peer Fundraising.

Organizations with an older or non tech-savvy supporter base sometimes assume that it would be impossible to successfully launch an online peer-to-peer campaign. What’s important to remember, however, is that email and social media are becoming the norm for older supporters, and peer-to-peer fundraising is only a a small step from this. While organizations may fear that it’s the technology itself that may hinder results, that’s almost never the case. If your supporters are proficient enough to do simple things like sending emails or logging in to Facebook, then they can easily be fundraisers.

The real key is having a successful communication strategy. You can’t assume older supporters will just jump right in and start fundraising, it will probably take some coaching and resources. The good news is that it isn’t really hard to provide both of these things. Head off questions by creating an FAQ page, build email templates so all they have to do is hit send, and most importantly, continually engage with them through the campaign to make sure they aren’t getting frustrated.

Another important point here is that while your older supporters may not be on the Internet every day, their younger family members are. By enabling your older base to solicit donations using an online tool like a personal fundraising page, you’re actually helping them bridge the communication gap. In a paradoxical way you can actually leverage an older supporter base to help bring in younger donors, using them as a bridge to the younger donors in their lives.

For a full deconstruction of the myth that older supporters can’t be effective fundraisers, check out: MYTH- Online Fundraising is only for the Young.

OBJECTION #5: Peer-to-Peer Fundraising is New to our Organization, and We’re Worried it Won’t Work.

This just might be the most common objection of them all. If you’ve never done it before, launching a peer-to-peer fundraising campaign can seem like a leap of faith (and in a way it is). You might be unsure if you will bring in a substantial sum of money, as you hope, or wind up creating a bunch of confused supporters, as you fear.

The answer to this problem is really simple. Just try it! Peer-to-peer fundraising, like anything new, does take a leap of faith, but it’s a very small leap. The investment in nonprofit fundraising software is generally pretty minimal and conducting a small campaign won’t really take up a ton of your time, so you don’t have much to lose. Considering the huge upside of p2p fundraising and the fact that it has worked for so many different organizations, it’s worth taking the chance.

The best place to start is internally. No one knows your supporters better than you and your staff. Make them the guinea pigs by launching a mini-campaign and enabling your closest and most loyal supporters (friends, family and staff) to setup fundraising pages. Get their feedback, understand the process better, and start bringing in donations!

Unlike traditional fundraising events, peer-to-peer fundraising is something that requires little to no overheard, so it can be tested and re-launched at different times until you find the right mix for success. By testing and coming up with a successful communication and design strategy, you will feel confident when you decide to launch a wider campaign to your full list.

The Anatomy of a Successful Peer-to-Peer Campaign