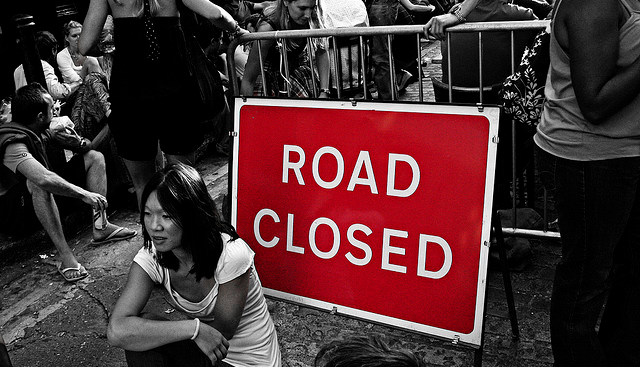 Have you ever wondered what goes on in the minds of your fundraisers while they’re raising money for your cause?

Well, you don’t have to wonder anymore because I’m going to give you an inside perspective on my recent personal fundraising experience. I’ll take you through the roadblocks I encountered, share what I learned, and hopefully empower you to become a better fundraiser.

But first a bit of background….

Cancer happens to be prevalent in my family, so it’s a cause close to my heart. Every year towards the end of March when my birthday rolls around, I use the occasion to fundraise for cancer research. This year I decided to fundraise for an organization called Accelerate Brain Cancer Cure, a Washington D.C. based charity that uses entrepreneurial methods to enable new and innovative therapies to be developed. I started my personal fundraising page only 4 days before my birthday and set a pretty lofty goal–  $2,600 for my 26th birthday.

I’ve worked with countless nonprofit organizations over the past few years, so I was thinking fundraising would be easy for me. As things turned out, fundraising was a little tougher than I expected it would be. Even though I came close to reaching my goal ($2,200), I definitely encountered some challenges along the way. Here’s what I learned.

Immediately after creating my fundraising page I was excited to start sharing it. I started with Facebook (I was logged in at the time), I posted a Twitter update, and then I went to compose an email to ask for donations. When I opened up my email though, I realized something; I didn’t have as many personal email contacts as I originally thought.

Sure, I’ve sent and received tens of thousands of emails over the years, but at the end of the day I couldn’t think of more than a dozen people that I felt comfortable sending a donation solicitation to. This is probably more common than you might think. Many people believe they have hundreds of email contacts waiting in the wings, but when it comes time to push the send button there’s hesitation.

2. Treat everyone as a potential donor

As I mentioned before, I started my fundraising by sharing on Facebook and Twitter. But even though my first instinct was to pump the message out to all of my friends, I wasn’t sure if my peers were actually going to become “donors.” Sure, everyone that supports causes like these will “like” your status updates and congratulate you on a charitable endeavor, but will they take that extra step and donate?

Assuming that your peers won’t become donors can absolutely hinder your fundraising efforts. This assumption can prevent you from actually coming out and asking for the donations you’re looking for. This is what happened to me at first. But after some of my friends donated I realized that my assumption was only limiting them. I quickly changed the approach and by the end of my one-week fundraising blitz I ended up receiving donations from 50 different individuals, including many of my peers.

When fundraising, it’s important to treat everyone as a potential donor. The best way to do this is by explaining that any gift, regardless of the amount, will help you reach your goal and ultimately better the lives of the individuals helped by the nonprofit beneficiary. If supporters understand that it’s a collective effort and that even $5 matters, everyone will be empowered to become a donor.

As someone who works with nonprofits, one of the most common questions I get is “what should my campaign’s overall goal be?” Undoubtedly this is an important step in planning a fundraising campaign. That being said, I never really understood that goal setting at the personal fundraising level is just as important.

Because I was fundraising on behalf of my birthday, it was up to me to choose my fundraising goal. I immediately thought that $2,600 would be an amazing goal to shoot for. Now that I reflect back on my fundraising though, the goal itself may have ultimately been what kept me from reaching it.

I was too focused on creating a goal related to the number 26. And while $2,600 is a great goal (and is absolutely attainable) starting lower and incrementally increasing my goal as my progress went up probably would have been a better approach. I guess I’ve decided that it’s most important to choose a realistic starting point and not to get too hung up on gimmicky goals. You don’t want to discourage people from giving because the goal seems unattainable.

4. Decide when to start, and create a plan

I created my page 4 days before my birthday, which happened to fall on a Thursday this year. So was four business days really enough time to raise $2,600?

Seeing as how I came just short of reach my goal, most of you are probably reading this and saying to yourselves that 4 days was not enough time. And you may be right. On the other hand though, I raised the most amount of money ($1,127) in the first 48 hours of my fundraising endeavor. So does that mean I should have created my page on Wednesday in order to create the ultimate sense of urgency? Would that extra urgency have helped me reach my goal?

This is a tough one; you want to have enough time to promote your efforts, but at the same time you don’t want them to stall out. Really you could go either way on this one. There is no one perfect time range.

That’s why I’ve decided that the best solution is to come up with a plan for your individual fundraising, regardless of how many days you’ve chosen to fundraise for. Decide when you want to start fundraising and then think about to how you’re going to reach out each day, what your goal for that day is, and the best ways to achieve it. By plotting a brief plan of attack, it will be less about how long you’ve given yourself, and more about what you’ve chosen to do within that time frame.

Every individual will fundraise differently and each will encounter various roadblocks along the way. I hope that the examples I’ve shared will be empowering to your supporters and give them a few more tools to help them succeed!