Cause Awareness Days to Leverage For Annual Planning

What Is TikTok and Should Your Nonprofit Be Using It?

How to Use Influencer Marketing to Expand Your Reach

SHOFCO – Kennedy Odede, 30 Under 30 and Changing the World 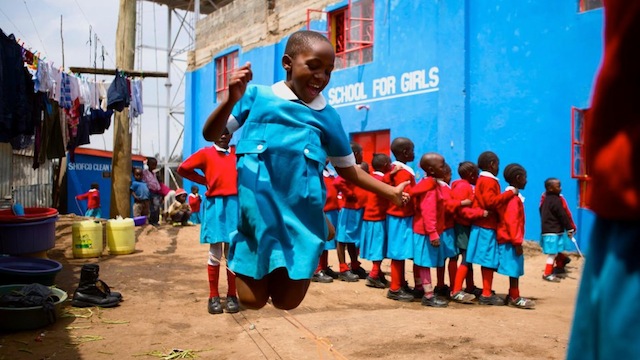 Shining Hope for Communities (SHOFCO) was founded in 2009 by Kennedy Odede and Jessica Posner.

Kennedy spent the first 23 years of his life in one of Nairobi’s largest slums, Kibera, and came face-to-face with the consequences of the community’s suffering from poverty, everyday. Since 2004, Odede has built a grassroots movement to improve the lives of his friends, family and greater community. Although he is only 26 years old, he as already been recognized by those living in Kibera, as well as the likes of the Clinton Foundation and Forbes, as a change-maker and social force to be reckoned with.

Early on, Odede recognized the importance of gender equality and education – lessons he says he took from his mother – and through perseverance and dedication he eventually came to the US to pursue higher education at Wesleyen University. There, he officially founded the organization with Posner and, together, they have tirelessly grown the organization and deepened its impact.

Shining Hope for Communities focuses on combatting systemic causes of poverty, like gender inequality and poor access to education. They aim to provide a holistic and community-driven approach to poverty alleviation through services like subsidized tuition, clean water and sanitation infrastructure, and health and education programs.

Make sure to visit the SHOFCO website to learn even more about all the incredible work happening in the Kibera community.

StayClassy would like to warmly congratulate Mr. Odede on his incredible achievements in poverty alleviation and is proud to be a SHOFCO partner.

The Guide to a Modern Nonprofit

5 Mind-Blowing Inventions From the Social Sector

4 Ways to Create a Culture of Innovation

SHOFCO - Kennedy Odede, 30 Under 30 and Changing the World