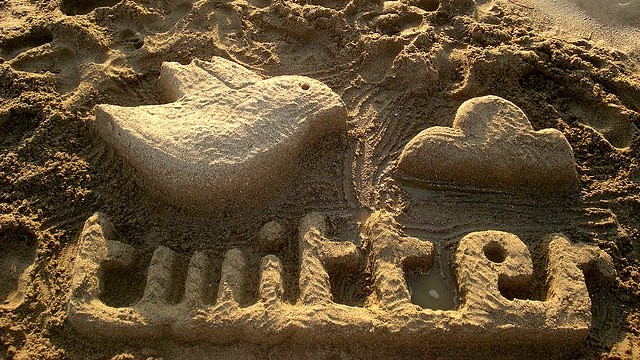 With all the real-time chatter happening on Twitter, it can be increasingly difficult to filter quality messages from the noise. The Twitterverse pumps out 58 million tweets per day, so when you listen to the right conversations and surface a good tweet, it can feel like you’ve mined a nugget of digital gold.

Whether it provides a jolt of inspiration, a gripping statistic, or a sound piece of advice, an engaging tweet can add to your learning as a social citizen. Keeping this in mind, we’ve assembled a collection of 50 standout inspiring tweets from leaders in the social sector. Have a read and see what industry influencers are saying!

Giving is not just about money. It is about making a difference. Even giving someone a shout-out or retweet, spreads a spirit of generosity.

There is a huge opportunity for tech help the working poor, most of whom are women. But much of this happens outside Silicon Valley #NPRWIT

Oldie but goodie: “Never doubt that a small group of committed citizens can change the world. Indeed, it is the only thing that ever has”

Our challenge is to connect the last billion people. Connecting the LAST billion is different than connecting the NEXT billion #TED2014

Today I was asked about my sources of motivation. I have a fundamental belief in equity. All people deserve an equal chance.

Malala: The best way to fight terrorism is not through guns. It’s through pens, books, teachers and schools. #askMalala #dayofthegirl

Running on the sea in Bandra, India,and saw a little girl in clean white flannel pjs brushing her teeth in dirty water: Why i do this work

So much of leadership is simply about showing up. And showing up again.

There is no greater force for change than people inspired to live a better life. #inspiration #hope #NorthKorea

When you empower a girl or a woman, she becomes a catalyst for positive change whose success benefits everyone around her. #CARE #WEF14

The role of #philanthropy is to pick different approaches. We need more experimentation –@BillGates #ted2014

#Innovation is a major driving force in both global economic growth and development http://t.co/RrqF2xoyXI #globaldev

Every staff member is a brand ambassador. Empower them with advice & guidelines on using #social media. — @Farra #sm4np

Onyekachi Wambu: technology has given people around the world the power to tell their own story- story not voiced solely by press #HINA

Entitlement is exalting your perceived “rights” over someone else’s. Justice is about believing all people are created equal w/human rights.

The @Olympics are a lot like a meeting at the United Nations, except everyone is in much better shape.

What if the tech community worked together to end recidivism? #defybrooklynbeta

Mark my words, social enterprise + public health is where the big leap will happen. There’s social gold in old.

“I’m here because I want to be and because I was told I could not be. I’m here to prove myself and prove others wrong.”~a #girlwhocodes

The key is a willingness to Start Before You’re Ready and acknowledge that One Step at a Time will take you to your goal.

People like to work for people who inspire them, can teach them and care about them as people. #SkollWF #talent

Principles over rules, compass over maps, pull over push, learning over education #ReimagineEd

Have you ever seen a slavery rescue? You should.

We believe in #life. Your life. Living every minute of it with every ounce of your being. And you must not let #cancer take control of it.

The intersection of your #Nonprofit‘s story and #Donor‘s story is where fundraising success occurs. #storytelling

A4. It’s always helpful when leaders model the behavior they wish to see throughout org. #ynpchat

Nonprofits’ strength is the power of people, often up against the power of the purse. Be intentional about engaging. #14NTCsuper #14ntc

“In patriarchal societies fathers are known by their sons. I am known by my daughter & proud of it.”-Ziauddin Yousafzai @ZiauddinY #TED2014

We often speak about the power of agriculture, but we need to explore the agri-culture, & how food production can help grow community

In world of 5,700 tweets per sec, how can communicators break thru noise? Gotta make it personal. Obvious, but important reminder #MFSI2014

.@jeffshuck on #p2p fundraising + the new philanthropy: “It’s not about who you know, it’s about who THEY know.” #BeeTalks #nptech

Know who your outliers are, the crazies, the ones @ the fringes. They are the ones powering your programs, driving change. #13NTCheart

If we can effectively engage and benefit women, we are likely to achieve more in the fight against poverty. http://t.co/UtVD9Db4x6

The value of an engaging tweet – for both fundraising communities and nonprofit organizations – can be tremendous. If you have any other ideas, influencers, or comments, tweet us!

Every campaign. Every channel. #Winning