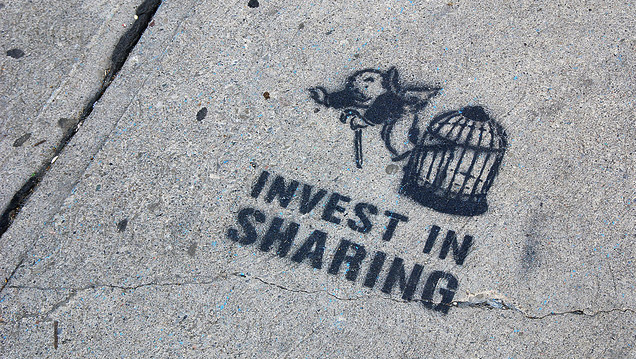 Before online giving came onto the scene, accepting monthly recurring donations from supporters was a pretty difficult exercise. You had to get donors to commit to making regular financial contributions (usually by phone or direct mail) and then you had to make sure that they actually followed through. Not that supporters had the wrong intentions, it was just easy to forget to mail in checks every month. Forgetful donors meant sending more mail and placing more phone calls for reminders.

These headaches are part of the reason why so many organizations have shied away from monthly recurring giving and focused on securing yearly gifts from their supporters instead. In fact, while monthly giving accounts for more than half of yearly fundraising totals at many international nonprofits, here in the U.S. recurring donors generally make up less than 10% of a given nonprofit’s supporter base.[1] Many organizations (probably most organizations) have no monthly giving program at all.

With greater access to online fundraising systems, however, accepting monthly recurring donations has become a realistic option for nonprofits of all sizes. When a donor signs up for a recurring donation online, there are no checks to mail and no reminders needed; much of the expense and hassle has been eliminated. In light of these advances, it might be time for your nonprofit to consider developing its own online recurring giving program. Here are some of the benefits that regular monthly donations can bring:

Recurring donations provide an easy way to increase the lifetime value of your donors. One study showed that donors who gave one-time gifts gave an average of $97 dollars in 2009, while recurring donors averaged $220 dollars for the year.[2] Even though monthly donors generally give much smaller amounts on a per gift basis, the aggregate amount that they give over the course of a year almost always adds up to more than the average one-time gift amount. When you combine this higher annual giving level with the fact that recurring donors have much higher retention rates across years, you can begin to see why recurring giving is such a deceptively effective upgrading strategy.[3] When you convert a one-time donor into a recurring donor you receive more each year and you have an increased chance of keeping that donor from year to year.

2. Good For Nonprofits and Donors

A monthly gift allows supporters to spread the financial impact of their giving across the entire year, lessening the acute financial impact. Supporters end up giving more on an annual basis, but the distribution of payments across the year makes the commitment more manageable. This makes recurring giving an especially effective way to increase gift amounts from committed supporters who might not have the financial resources to move up and become “major donors” with larger one-time gifts. Also, from the nonprofit’s perspective, recurring donations provide a relatively nonthreatening way of asking donors for larger financial commitments. Instead of asking for an increasing lump sum each year, the organization can ask for a smaller monthly gift that adds up to a larger annual total. The lower monthly figure tends to come across as less aggressive to donors, making them more likely to consider to your request.

Recurring donations can also be extremely beneficial from an operational perspective. It’s very common for nonprofits to receive a majority of their income during a couple months throughout the year. Part of this is due to the seasonal nature of giving (somewhere in the neighborhood of 33% of individual gifts are made during the holiday season[4]) and part of this is due to the fact that fundraising tends to be cyclical. If an organization has its big fundraising event in December, and it’s other major fundraising campaign during May and June, then it’s revenue is going to be concentrated in those months. This introduces operational challenges (particularly for smaller organizations). Revenue may be confined to certain months throughout the year, but operating costs are generally spread out pretty evenly. As a result, organizations can wind up having insufficient cash on hand during the down months to function optimally. Building a steady stream of recurring donations can help reduce this imbalance and provide much needed support during an organization’s fallow periods.

As a corollary to the cash-flow point, a mature monthly recurring donation program can also help an organization improve its long-range planning and decision-making. Revenue from recurring donations is far more predictable than revenue from one-off gifts. Once some data has been accumulated, an organization can easily calculate the average number of months its recurring donors continue to make monthly gifts and the average number of new recurring donors it acquires each month. Using these numbers the nonprofit can model out it’s projected revenue from recurring donations with a high degree of accuracy. Being able to predict income in advance helps with longer range budgeting and decision-making. It’s a lot easier to commit to hiring a new staff member or piloting a new program (for example) if you know that you will be able to cover these costs with recurring revenue.

There’s no need for repeat solicitation with a recurring gift. Once you’ve converted a donor into your recurring giving program, the gifts continue indefinitely until the donor decides to stop.  Of course, you’ll need a retention strategy to encourage continued engagement, but the costs of maintaining recurring donors are generally lower than annual givers.

Developing Your Own Recurring Giving Program

Recurring donation programs seem great- so, why doesn’t everyone have one? Well, like most other good things, they take time to build. But if you’re interested in reaping the benefits of regular monthly donations, they are worth the investment. You just need to have a bit of patience. In the coming weeks we’ll follow up with more advice on how to get started creating and growing your own recurring donation program. In the meantime, don’t forget that you can easily integrate asks for monthly donations into your existing fundraisers. It won’t catapult you to immediate success, but it’s the easiest way to get your feet wet and start testing out different appeals!