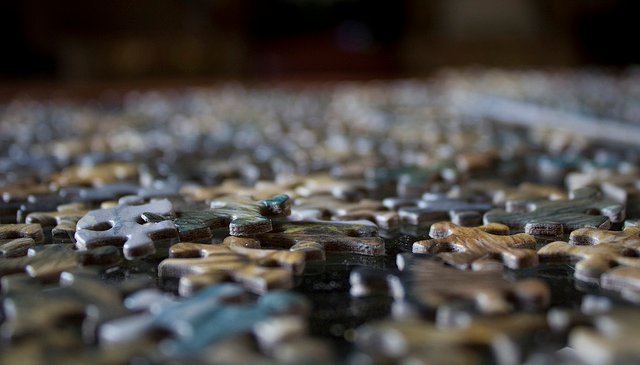 At first we thought that the best personal fundraising pages (those that raised several thousand dollars) would probably have personalized text. After all, the vast majority of potential donors visiting a fundraising page will give because of the person asking and not necessarily because of the cause. If visitors are primarily concerned about the person doing the asking, we thought, it would make sense that a personal message would be an important ingredient of success.

What’d we find out?

At the end of the day, it was pretty much split down the middle. Some high performing pages had personalized messages from the fundraiser, others didn’t. After missing our initial guess we came up with some more guesses. And most of them turned out to be just like our first. Some successful pages had these elements, but others didn’t. After all was said and done, however, there was one element that did remain fairly consistent across the pages we looked at: video.

The Importance of Campaign Videos

Of course this wasn’t a scientific study, we were just doing an informal review to see if we could come up with any insights, but we still found it interesting that just about all of the pages we looked at had a video. And this finding makes sense intuitively. Video is an engaging medium that uses multiple senses to draw the audience in. It’s not terribly surprising that it would be an effective way to connect people emotionally to a fundraising campaign.

Our observation also squares with an analysis done by Kickstarter about videos used on its site. The team at Kickstarter looked at projects on its website and found that 54% of projects with a video succeeded, while only 39% of those without a video succeeded. In other words, while they didn’t ensure success, videos appeared to be an important component of successful fundraising.

In a similar vein, a solid campaign video isn’t going to guarantee the success of your next peer-to-peer fundraiser by any stretch of the imagination, but it can help you out. Evidence suggests this is a relatively important ingredient of success. These are our favorite campaign videos that will inspire you for your next campaign:

Editor’s note: If you are encountering a 502 Error on any of the videos, try deleting your cookies and refreshing the page.

Liberty in North Korea, an organization working to safely resettle North Korean refugees, often uses video to help reshape public perceptions of the “Hermit Kingdom.” This particular video does a wonderful job of showing potential supporters why they should get involved as fundraisers. It doesn’t just articulate a theory of change, it shows how that change is happening. Then the video explains exactly how each fundraiser fits into the broader solution, giving each supporter their own individual part to play in the larger movement.

It can be difficult to motivate people to take action against a problem, when that problem seems massive and unchangeable. There are very few problems that fit that description more closely than world hunger. So how do you motivate people? By educating them about the innovation that is making a world without childhood hunger possible. That’s exactly what Action Against Hunger does in this poignant animated video.

This fascinating video for charity:water’s September 2013 campaign explores how water issues can intersect with cultural ones. It provides an illuminating glimpse into the way that India’s caste system can compound water problems. Ultimately, it tells the story of an innovative charity:water partner that is not just bringing clean water to more people, but tackling the very root of prejudice from which many of these issues spring.

Often times the most moving stories are personal ones. In this video Vs. Cancer founder and childhood cancer survivor, Chase Jones, tells the story of his personal journey. It’s an inspiring look at the reasons why Chase and the crew at Vs. Cancer wake up everyday and fight for a cure.

How does your online fundraising strategy stack up?

13 Buckets of Creative Fundraising Ideas to Inspire Your Campaigns