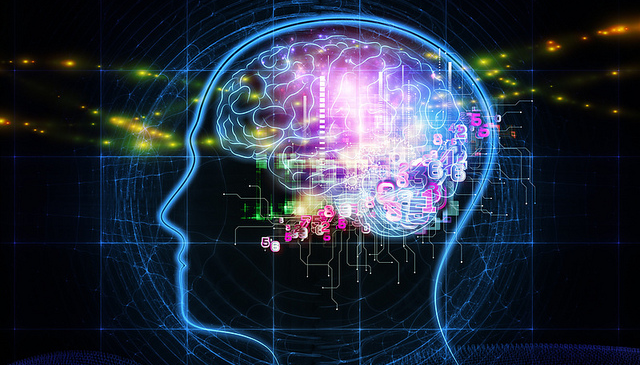 It’s time to talk mirror neurons. Yes, mirror neurons. And what exactly are those? What do they have to do with nonprofit storytelling? Great questions. Rather than diving into a technical explanation, let’s start by focusing on a couple examples instead.

Or more concisely, imagine this:

What happens when we read passages like these? Well, if you are like most people, you imagine those situations. It’s almost as if you can feel the cold stones when you read about the boy grabbing them. You wince internally when you imagine a man scratching a chalk-board. The feelings aren’t as intense as firsthand experience, but you still get a taste of the real thing. This internal emulation is the product of mirror neurons.

Mirror neutrons were initially discovered by a group of Italian researchers. They were testing the “premotor area” of the brain of Macau monkeys. That’s the part of the brain that is activated when the animals perform certain physical actions (like picking up a nut). What surprised the researchers was that very same part of the brain would “light up” when the monkeys were observing a different monkey picking up the nut. In other words, the monkeys’ brains were imitating the physical gesture they saw even though they hadn’t actually moved an inch.

As it turns out, the same basic thing happens with us humans. The parts of our brains that light up when we do something also light up when we watch somebody else perform that same action. In fact, these mirror neurons even fire when we read about someone else performing the action (hence the wincing feeling when you read about nails scratching a chalkboard). [1] There’s even evidence that this happens on an emotional level when we observe the physical manifestation of someone else’s emotional state. In short, we internally mirror others’ experiences, whether through sight, hearing, or reading.

This is all fascinating but what does it mean for nonprofit storytelling? It reinforces a principle that seasoned storytellers know intimately—meaningful connections come from showing and not just telling.

The idea of “show don’t tell” is not new. It’s one of the first concepts creative writing books and classes introduce. The idea is simple; you need to paint a mental picture for the reader with your words. Instead of writing “The boy was happy,” you write something like “A smile spread across the boy’s face.” Showing means using language that helps the reader conjure up a vivid mental image.

If the doorway to the donation rests in the reader’s heart, then the path to that doorway runs through the senses.

With writing, we know that it’s about more than painting a picture though; it’s about creating a felt experience. The insights gleaned from the mirror neuron research confirm how important it is to choose your words carefully. By hitting the right buttons with your appeals-language, you connect a reader to your story in a more visceral way. You can help transport them from the page to the front lines.

Consider the difference between these two passages:

The same general information is being conveyed, but the second passage is more engaging because it uses sensory language (hitting those mental buttons) to help pull the reader into the scene.

Of course, you will need to do some “telling” in your appeals too. You’re not just writing a story for your supporters. Appeals are not novels. The art of the appeal lies in blending the elements of storytelling seamlessly into your larger message.

Keep in mind that it doesn’t necessarily need to be a story about a single person (see M+R’s excellent white paper for more on this point); it could be a story about a recent victory, an upcoming challenge, or something else. It might be a few short paragraphs (like in an email appeal) or it might be several pages (like in a direct mail appeal). Different mediums demand different styles and lengths. One constant of effective appeals, however, is the presence of language that plays on our natural instinct to mimic things mentally.

If the doorway to the donation is in the reader’s heart, the path to that doorway runs through the senses. Next time you develop an appeal, pay close attention to the words you choose. Words engage your readers, or leave them uninspired.

The Guide to Nonprofit Storytelling

5 Organizations That Are Great at Storytelling

4 Storytelling Strategies for Your Nonprofit Organization